Check out the full review in this video. But before that, don’t forget to subscribe first and press the notification button so you can more easily access the latest information from us. A leaker, Evan Blass, uploaded a poster of the Galaxy Unpacked invitation on the Twitter account @evleaks. There is an Epic Standard tagline that seems to be handwritten, and there is a large S emblazoned on the poster (as an indication of the product to be launched). Then, it contains the schedule for the Galaxy Unpacked event to be held on February 9 at 15. 0. (whether for which country time).

News of the Samsung Galaxy Unpacked 2022 ad on Instagram. “The advertisement directs Users to fill out a pre-order reservation registration form, after which a message appears in a pop-up that a new series of innovative products will be launched on February 9 through Samsung.com.

(as quoted from gizmochina). Then, Samsung Indonesia has ensured that Galaxy Unpacked will be held on February 9, 2022, at 22.00 WIB. At the same time, Samsung Indonesia opens pre-order reservations for its newest products. The company also offers early discounts and bonuses for customers who make this early reservation.

Samsung usually hosts live streaming Galaxy Unpacked online on its website. Samsung itself has confirmed the existence of the latest Galaxy S series by introducing it at the Galaxy Unpacked event next month. According to leaks, Samsung will release three Galaxy S22 models, namely the standard model Galaxy S22, Galaxy S22 Plus and Galaxy S22 Ultra is touted as the successor of the Galaxy Note.

TM Roh said that the latest Samsung Galaxy S series will carry various special features that have been in the Galaxy Note Series. (As reported by Samsung Newsroom).

This indicates that Nextren’s prediction about the specifications of the Samsung Galaxy S22 Series will come true. And it is predicted that Samsung will not update the Galaxy Note Series, because its superior features have been presented in the Samsung Galaxy S22 Series. Samsung itself has just announced its latest flagship chipset, the Exynos 2200, which is the first SoC to use a graphics chip from AMD.

This chipset promises two times better performance than its predecessor. Every year, Samsung always presents the Galaxy S series with the Exynos chipset in the Indonesian market.

For the Galaxy S22, which launched this year, it looks like there will be changes to the chips used. From the news circulating, Samsung will present the Galaxy S22 in two chipset variants, namely Snapdragon 8 Gen 1 and Exynos 2200. Reportedly, chipset limitations (due to Exynos 2200, production problems), forced Samsung to launch Galaxy S22 with Snapdragon 8 Gen 1 coverage in more country. A tipster named Dohyun Kim has shared the distribution of the type of chipset that the Galaxy S22 will use in each region with the following distribution. The European region will get a version with the Exynos 2200 with 12/512GB RAM. 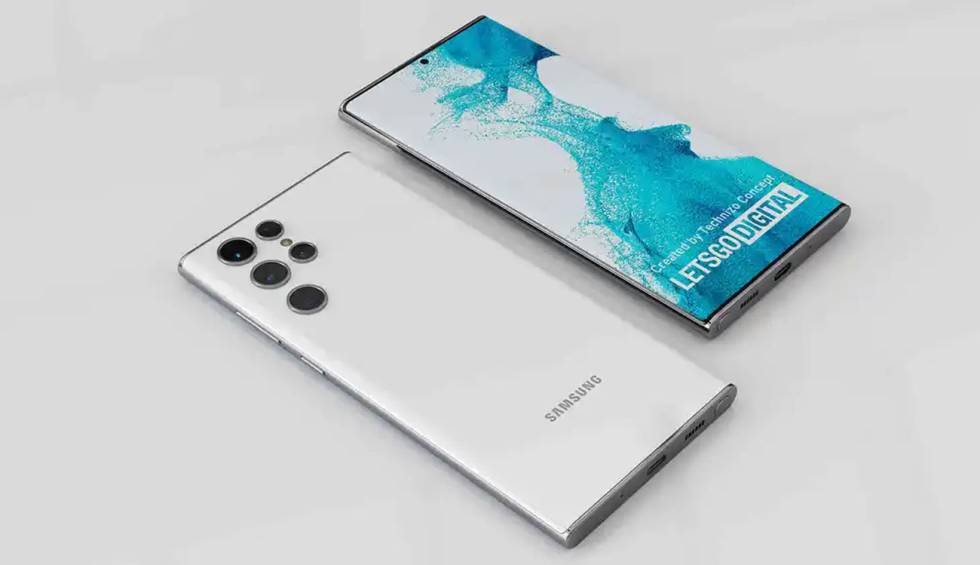 Then South America, North America, Oceania, East Asia and Southeast Asia (such as Indonesia, Thailand, Vietnam, etc.), will get the Galaxy S22 with Snapdragon 8 Gen 1 chipset. While West Asia, Middle East, and Africa will got the Exynos and Snapdragon versions, which may differ in each country. Ahead of the launch of the Galaxy S22 (at the Galaxy Unpacked 2022 event on February 9), news circulated regarding the color variants that this device would bring. Popular leaker Evan Blass has shared the color variant model for the Galaxy S22 series on Twitter.

Each of the devices (starting from the standard Galaxy S22, S22 Plus and S22 Ultra will arrive in four different color variants). The Samsung Galaxy S22 and Galaxy S22+ will be available in four color variants (namely black, white, pink, and green).

On the other hand, the Galaxy S22 Ultra will come in black, green, and white. However, it also comes in a color variant that is slightly different from the other two brothers (with a bronze color). Not all of these color variants will be available in all regions.