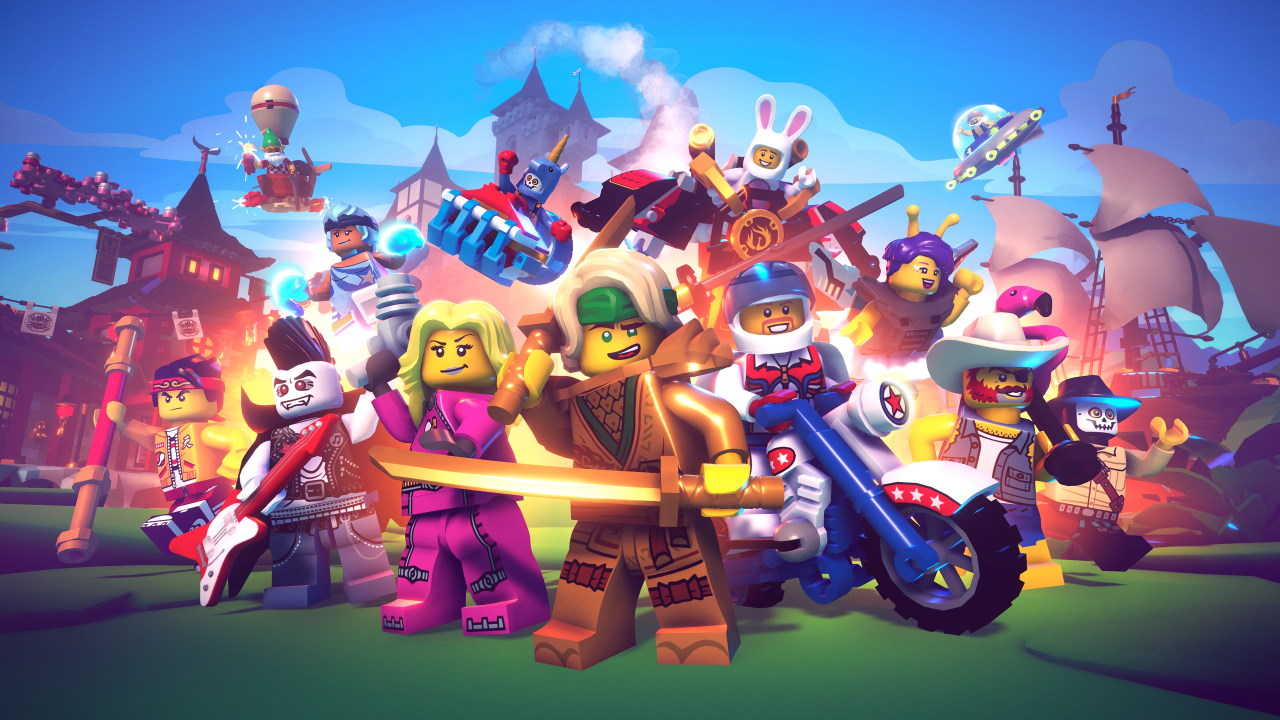 LEGO Brawls is a fighting game with 3D graphics in the style of LEGO but 2D battlefield space. Despite providing an exhilarating experience, the game has no small amount of content. It is worth noting that the developer game Red Games took a long time to launch it on the Apple Arcade service platform in September 2019. For this reason, it is difficult to justify the release of the game on modern platforms at a fairly high price, but without adding the corresponding amount of new content and the problem does not stop there. .

In fact, the biggest difference from the Apple platform is the higher resolution and frame rate. However, this is when considering systems with powerful hardware, but the Switch version alone has worse performance than the iPhone experience, especially when playing online. From a player perspective, LEGO Brawls is like a lite version of Super Smash Bros. Ultimate. Ultimate on the Nintendo system with a simpler gameplay design. Players use a combination of attack buttons, jump buttons, and power-up buttons to fight.

From the player’s perspective, LEGO Brawls is simply designed without a plot, but only offers a pure fighting experience. Although the game has a few different game modes, in fact, it is not much different in terms of experience, but there is a very small difference. In particular, Brawl is the most basic if not the most popular game mode thanks to its ability to unlock a large number of characters. In particular, behind that random brawl is a long journey to unlock differently themed LEGO pieces.

In contrast, party mode is the literal party mode that gives players more options. For example, play Versus, Co-op or Free-for-Brawl with friends, rather than through an automatic player matching system like Brawl mode. Not to mention the ability to support cross-platform play, which gives the game a high replay value. The biggest problem with LEGO Brawls is that in addition to being able to customize characters according to different themes, players can’t control the choice of levels.

This aspect is triggered by popular vote, inadvertently diminishing the ability to diversify the level of LEGO Brawls. During the experiment, the writer often encounters a situation where all players vote for a certain level, which makes it very difficult to test other levels. On the other hand, due to the simple gameplay design, the fighting moments are exciting only at first. You just need “hands faster than mind” and jump in at the right moment when entering the battle, no need for complicated or fancy tactics.

The most exciting moments are when players use boosts in combat experience. For example, summon dinosaurs in the movie “Jurassic Park” to support combat or ride dragons to bombard the battlefield. The problem is that since the number of reinforcements is not varied enough, the later you test it, the less interesting the battle will be. Not only that, but the power-ups also don’t bring tactical play into battle, as the player doesn’t have much control over the “behavior” of the powers deployed.

In other words, the LEGO Brawls experience carries a great sense of repetition due to its simplicity, which leads to easy “picking up cards” after just the first match. In contrast, the brightest point of the game is the element of unlocking characters according to the different LEGO themes. If you’re the type who doesn’t like the ‘plowing’ element in matches, this is definitely not the game experience for you. Not to mention the many achievements/trophies that all revolve around unlocking certain characters according to themes, which goes to show that this is the real highlight of the game.

By unlocking a character, players are rewarded with additional accessories related to that character, which expands the ability to customize the avatar in combat. Although LEGO Brawls has very rich customization possibilities, these skins are only intended to decorate the appearance of the avatar, without any difference in stats or combat abilities.Attack ability. It is very unfortunate when the development team does not exploit the full potential of the game when building a combat mechanism that lacks depth.

In the end, LEGO Brawls offers a very exciting fighting experience at first, but leaves a somewhat mixed feeling due to the confusing design. The biggest feature of the game is the very diverse customization possibilities with creating different LEGO characters. However, this is also a minus point in the game when it is associated with the “plowing and shovels” element, while this aspect is closely related to the game’s combat mechanism, which is designed to be very simple.

The article uses games supported by the publisher.

Join us on SteamJoin the Steam channel for Digital Experience

See more reviews of other gamesDigital Experience writes a lot of game reviews, don’t miss it!