– [Jeff] A look at 10 of the top sleeper features in iOS 14. But before we get started, just a quick reminder, if you appreciate this video, leave a thumbs up because that helps others find this video as well. All right, so let’s get started. Let’s talk about the more powerful markup tool in iOS 14. So I just took a screenshot.

Here’s the markup interface, looks like your regular markup interface, but here’s the difference. When you tap on the Color icon, you get a whole new color interface that is bundled with several notable improvements. We’ll talk about a few of them right now.

But now, instead of just the grid option like you normally had in iOS 13, you now have a spectrum option, and this allows you to choose between just a ton of different colors by sliding your finger on the color spectrum. And as you could see, landed right there on that sort of Miami Blue like that.

Now along with the spectrum, you’ll also notice the Sliders tab, and this allows you to dial in precise colors. Thanks to these sliders, the RGB sliders, you can choose between sRGB and Display P3. You can also dial in a hexadecimal value directly.

So if you have a specific color, you wanna match that color exactly, you can just type that hexadecimal value right in there and that gives you that precise color. But here’s the real cool thing. You now have an eyedropper tool built into the markup interface and that allows you to sample any color on the display currently being displayed on the display as you can see here. So I’m gonna actually sample the eraser just like that and you can see it gives me the color, the little pink eraser color, so I can use that. But it doesn’t stop there as far as new cool features.

Now you see that little plus sign? You can actually save favorite color. So I save that eraser color and that allows me to use that in other areas of iOS where the markup tool is available.

So I can switch back and forth between those colors. If I wanna delete, just tap and hold, and I can delete that saved color like that.

But here in the Notes app, I’m gonna open up the markup interface, and look what we have there. We have our saved color from the eraser that I sampled. So that is a great, new upgrade to the markup tool in iOS 14. If you noticed, it’s a lot more Mac-centric this time as far as all the color tools are concerned. Now let’s talk about yet another awesome sleeper feature in iOS 14, and that is Back Tap.

So if you go to Settings, Accessibility, and you go to Touch and scroll all the way down, at the very bottom of the Touch panel, you’ll see Back Tap. And this allows you literally to triple or double tap the back of your iPhone to execute a virtually limitless amount of shortcuts and actions. And you could see some of the actions that are built-in by default, like invoking the App Switcher, Control Center, going to the Home screen, invoking Reachability, Spotlight search.

If you wanna do that, you can dial those in immediately. But where this really gets powerful is when you mix it with shortcuts from the Shortcuts app because those can be extremely powerful.

They can do all sorts of things from system-level functionality all the way up to controlling your HomeKit smart home devices. But in this example right here, I’m just going to enable a screenshot whenever I use the Back Tap functionality. So just double tap on the back of the iPhone like this, and there you go, screenshot. So let me just show you one more time. Double tap, and there it goes, creates a screenshot.

Now where this thing really gets powerful is when you add shortcuts to the mix here. So I’ve created a shortcut. This basically will check to see if my string lights in the background are on or of. If they are on, then set the string lights to off.

Otherwise, set the string lights to on.

Pretty simple formula there in the Shortcuts app. So that’s all there is to it. I went ahead and created the shortcut. So basically, whenever this is invoked, it’s gonna turn the string lights on or off. It’s gonna toggle those lights in the background.

I don’t know about you guys, but I think that’s awesome. Now in iOS 14’s Camera app, you have the ability to enable mirrored selfie. So let me show you what I mean here. So here is my hand. Notice my thumb and the position of my thumb on the left side of this screen.

I’ll wiggle my thumb there. There you go. So watch what happens when I take the photo. It’s not gonna be the same. It’s actually gonna be reversed as you can see there in normal selfie mode, but in iOS 14, you’ll find a new preference in the Camera app settings in the Settings app.

So let’s head over to the Settings app and check out those settings here for Camera. So let’s open up Camera, and there you go, Mirror Front Camera. So what this will do is anytime you take a selfie with this enabled, that selfie will be mirrored and reflect the camera preview. So basically, what you see on screen as you take the photo is what you get in the end result. So take the photo, see my thumb on the left side, thumb’s on the left side here in the actual photo.

Pretty simple, but cool, new feature. What do you guys think? Let me know down below. All right, so moving on, let’s talk about quick styles in Notes. So in the Notes app, of course there’s all sorts of styles you can go in and edit by tapping the Style button.

So that’s that little A with a lowercase a next to it. So I have my cursor right there on this word.

I’m just gonna double tap that to select it all. Now I’m gonna open up the Styles menu and then you can see all the different styles you can choose between, and that’s cool, but it’s not as quick as quick styles, which is a new feature in iOS 14. So let me show you what I mean with quick styles. 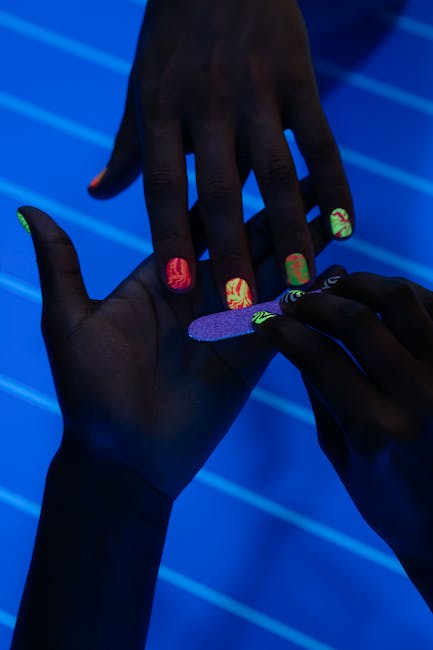 So I’m gonna just put my cursor there and I’m gonna press and hold or tap and hold, and there I can quickly switch between any of these styles simply by sliding my finger. And there I can choose between title. I can select all these guys and quickly create a numbered list just like that. So again, the purpose of this is just to be a little bit faster than having to go through in scrolling through the different types of formatting. Now you can just quickly go ahead and create the type of style you want right there on the fly just by dragging your finger and releasing.

And there you go. It’s really, really simple.

Now let’s talk about carrier lock info. So have you ever tried to sell your iPhone and the person that you’re selling it to is wondering whether or not the phone was truly unlocked? Well, now you don’t have to go through that.

Now it will plainly tell you the Carrier Lock status right there within the Settings app in Settings, General. So there you go, Carrier Lock. So in this example, you can clearly see that my iPhone 11 Pro Max is completely without any sort of restriction. It is fully unlocked, and hence, it will work with any of the major US carriers. So that is a really nice feature to have.

So this will help reduce tracking of your iPhone and Wi-Fi activity when connecting to a Wi-Fi network.

And I don’t really care about people seeing this MAC address because it’s not the phone’s real address. The real Wi-Fi MAC address starts with 8C86. So that’s kind of a cool, new sleeper feature. And also now in iOS 14, you can quickly launch both websites and applications by just tapping the go button when you’re searching.

Just type a few letters, it will automatically fill in what it thinks you’re searching for, autocomplete that, and then you just tap go.

It launches the website just like that, or the application for that matter. So you could see Notes, you could see it actually surrounds the Notes with a little outline, and you can see where it says Open as well. You just tap go, it opens up Notes. And now in iOS 14, you can limit the photos that you share with third-party applications.

So back in iOS 13 and before, if you enabled photo access to any application, it basically just got everything. And that really, when you think about it, doesn’t make a lot of sense, so Apple fixed this in iOS 14. Let me show you how this works. So if you go into Settings, Privacy, and go to Photos, you’ll find the various apps that have requested access to your photo library. But now, instead of just All Photos or None, now you have the ability to select, to be choosy, to choose which photos you wanna give access to.

You can search for photos and just enable or disable like that. So I’m gonna go ahead and, let’s actually keep the two hands, disable the WHOOSH! photo. And if I want to, I can always go back in, tap the Edit button, edit which photos are allowed for this particular app. But now, when I swipe over, notice that it’s also gonna prompt me here on Instagram to do the same thing, but notice, that photo of the WHOOSH!

cleaner is no longer there.

But I’m gonna swipe over, go in and edit, re-enable WHOOSH!, swipe back over, and look, it’s back. So you can enable or disable access to certain photos in iOS 14, so cool. Now here is another really cool feature in iOS 14.

You now get an enhanced back button. Let me show you what I mean here. So I’m gonna delve deeper. Is that a word? Dive, I’m gonna dive deep into the Settings app here, go several levels down.

Yeah, so it will take me forever to get back to the top level, right? But now in iOS 14, watch what you can do. If you tap and hold on the back button in the upper left-hand corner, look what you get. You get the full hierarchy, so you can quickly jump back to any level. So I’m just gonna jump back to Accessibility.

Yeah, let’s do Accessibility. There we go. So it just jumps back just like that, super simple. Now the final item on this list is Safari translation, and that is so nice because it means you no longer have to download a third-party browser or an extension to translate web pages.

So now you can do that directly within Safari.